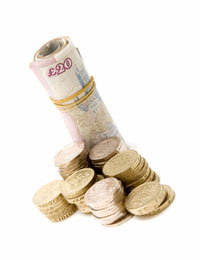 According to Wikipedia, Mirroring is the behavior in which one person copies another person usually while interacting with them. It may include gestures, movements, body language, muscle tensions, expressions, tones, eye movements, breathing, tempo, accent, attitude, choice of words/metaphors and other aspects of communication.

Human beings will tend to mimic one another. For example if you are talking to someone who is pocketing, a few minutes into the conversation you will find yourself pocketing. That is why we belong to the Apes family! Psychologists also, tell us that human beings tend to feel more comfortable, at ease, and even equal, with a person mirroring them.

This blog post explains how you can use mirroring to ask for a pay rise from your non-nonsense boss. Here is how:

Once you are in your boss’s office greet him. If he is seated ask if you can sit and sit. If he is standing remain standing.

For this case, lets assume he is seated. How is he seated? If he is seated comfortably leaning on his chair, sit the same way! If he’s leaning forward on the table do the same.

If he is busy ask to come at another time. Explain to him the blah blah blah of why you deserve the rise and how much you need. Watch him. If he stands up to let it sink in, stand up too and continue talking to him.

It is important that at no point should you be standing and him sitting or vice versa.

Observe when he’s sitting down and slowly, sit down as he sits.

He won’t know what hit him! He’ll just oblige to what you are proposing or atleast give you a good deal…